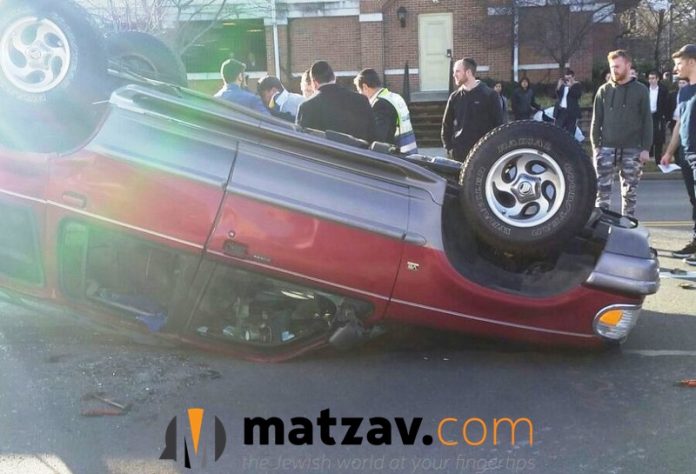 The number of people killed in car crashes last year exceeded 40,000 for the first time in a decade, reversing a trend that saw traffic fatalities dwindle for several years, data released Wednesday show.

Officials attribute the increase mostly to the improved economy and lower gas prices, which have led to more people driving for work and pleasure.

The statistics released by the National Safety Council offer the first full picture of fatalities on the country’s roadways in 2016, and the numbers were significantly higher than those projected by the National Highway Traffic Safety Administration (NHTSA) due to a simple mathematical difference.

The safety council data includes traffic deaths that occurred more than 30 days after a crash and those that happened on private property, like driveways or parking lots.

“Our complacency is killing us,” said Deborah A.P. Hersman, president of the National Safety Council and former chair of the National Transportation Safety Board. “Americans believe there is nothing we can do to stop crashes from happening, but that isn’t true. We lag the rest of the developed world in addressing highway fatalities. We just haven’t been willing to do what needs to be done.”

NHTSA statistics for 2016 will be released later this year. Given the disparity in methods of calculations, NHTSA counted 35,095 traffic fatalities in 2015, a 7.7 percent increase from the previous year, while the National Safety Council recorded 37,757.

“Motor vehicle fatality numbers have been ringing the alarm for two years,” Hersman said. “Unfortunately, we have been tone deaf to the data and the carnage on our roadways. If we fail to take action, the death toll will continue to rise.”

About 4.6 million people required medical treatment after crashes, the safety council said, an increase of 7 percent over 2015. The cost of deaths, injuries and property damage attributed to crashes was $432.5 billion, up by 12 percent from 2015.

The safety council found a more than 20 percent increase in traffic fatalities in seven states: New Mexico, Alaska, Hawaii, Iowa, Alabama, Kansas and New Hampshire. Crash deaths declined by more than 10 percent in Wyoming, South Dakota, North Dakota, Montana and Nebraska. There were less significant drops in Delaware, Maryland, Minnesota, Pennsylvania, Virginia and Washington state. The District of Columbia had 28 traffic deaths in 2016, an 8 percent increase from the previous year.

Jonathan Adkins, executive director of the Governors Highway Safety Association, a coalition of state safety officials, said, “The trend is clear: After years of progress, highway deaths are heading in the wrong direction.”

The number of people killed reached a record low of 32,675 in 2014, according to NHTSA statistics. That record capped a fairly steady downward track for the past six years that experts attributed primarily to safety features that have been built into cars and trucks.

From increased seat-belt use to air bags to anti-lock braking to stability controls that keep cars from flipping to a new generation of electronic warnings and cameras, cars today are far safer than they were a generation ago.

The lingering effects of the recession and high gas prices also influenced the reduction in deaths.

Now, with unemployment and gas prices both low, more people are driving for work and pleasure trips.

“Historical crash data point to the economic recovery as the main factor behind the recent increase in deaths,” said Adrian Lund, president of the Insurance Institute for Highway Safety. “It’s not just that Americans drive more miles when the economy improves, it’s the kind of miles they drive. What comes back after a recession is the optional driving that’s riskier, like going out on the weekends or taking long trips on unfamiliar roads.”

Lund said teenagers who might not have been able to afford driving during the recession have returned to the roads, and they have the highest fatal crash rates per mile driving.

“The good news is we know what works to save lives – high visibility enforcement of strong traffic laws coupled with public education and awareness,” Lund said.