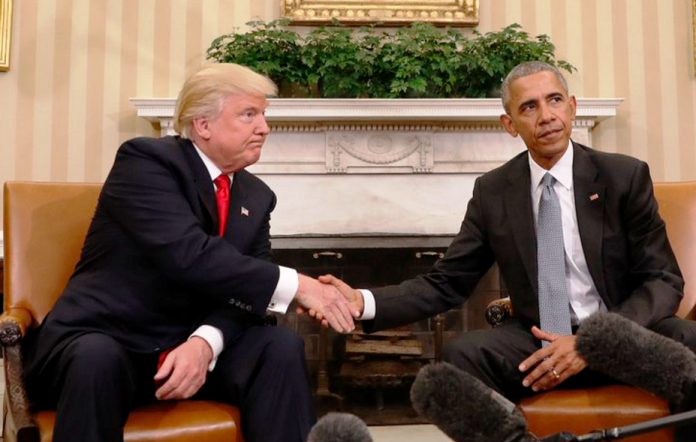 In the wake of the shootings, Obama on Monday issued a lengthy statement urging Americans to reject leaders who feed “a climate of fear and hatred.”

“We should soundly reject language coming out of the mouths of any of our leaders that feeds a climate of fear and hatred and normalizes racist sentiment,” he said. “Leaders who demonize those who don’t look like us, or suggest that other people, including immigrants, threaten our way of life, or refer to other people as sub-human, or imply that America belongs to just one certain type of people.”

Obama did not mention Trump by name, but his words amounted to an implicit rebuke of Trump.