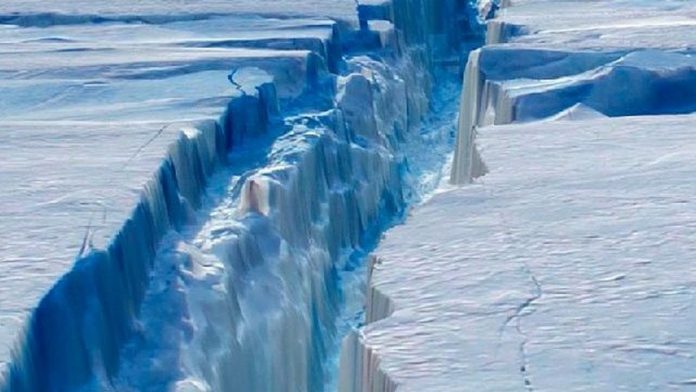 One of the biggest icebergs on record has broken away from Antarctica, scientists said on Wednesday, creating an extra hazard for ships around the continent as it breaks up.

The one trillion tonne iceberg, measuring 5,800 square km, calved away from the Larsen C Ice Shelf in Antarctica sometime between July 10 and 12, said scientists at the University of Swansea and the British Antarctic Survey, reducing the ice shelf by 12 percent..

The iceberg has been close to breaking off for a few months. Throughout the Antarctic winter, scientists monitored the progress of the rift in the ice shelf using the European Space Agency satellites.

The ice will add to risks for ships now it has broken off. The peninsula is outside major trade routes but the main destination for cruise ships visiting from South America. Read more at REUTERS.