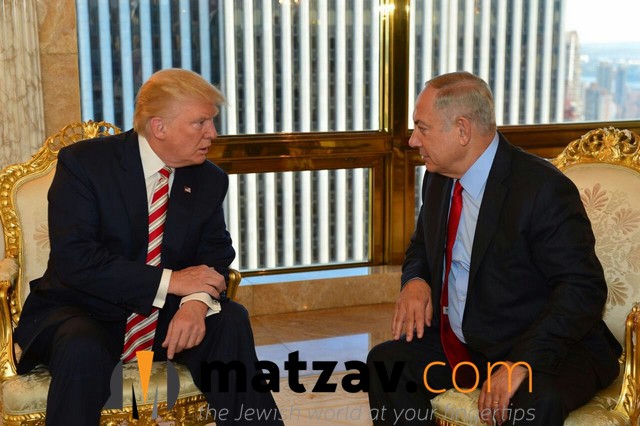 A dramatic rift appears to have been created between Washington and Jerusalem as US President Donald Trump’s team as well as Prime Minister Benjamin Netanyahu’s team both issued harsh statements on Monday evening less than a week prior to the president’s much-expected visit to Israel.

The drama unfolded when a senior White House official said that the Western Wall was part of the West Bank and not part of Israel’s territory, as Channel 2 reported on Monday.

“The Western Wall is not in your territory,” the official reportedly said.

It seems that the official was prompted to make the statement after members of Netanyahu’s team asked if Netanyahu could join Trump on the visit to the Western Wall and whether Israeli photographers could document the event, to which the Americans replied that the Western Wall was a “disputed territory.”

The official allegedly went on to say: “This is not your territory but rather part of the West Bank.”

A source close to the preparations team in Israel told Channel 2 that the statements made by the White House official were received with utter shock by Netanyahu’s team. “In Israel they’re convinced that this statement is opposed to President Trump’s policy as it was expressed recently in his behavior and in his firm resistance to the most recent Security Council resolution. Israel has turned to to the US [to discuss this further].” Read more at at Jerusalem Post.