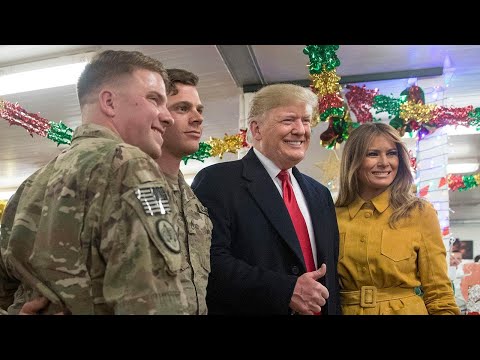 Shortly after his first visit to US troops stationed in a war zone, President Trump posted a video on Twitter that showed him posing for pictures with service members who appear to be from SEAL Team Five in Iraq — without shielding their faces, a report said.

But during the trip, which had been shrouded in secrecy earlier Wednesday, the president apparently accidentally revealed classified information by showing the special-ops forces, Newsweek reported.

At one point, Trump paused to take a selfie with US Navy Lt. Cmdr. Kyu Lee, who said he was the chaplain for SEAL Team Five, which is based in Coronado, California, according to the mag, which reported that this publicizing this information was against protocol.

The Naval Special Warfare Command did not return a request for comment from Newsweek.