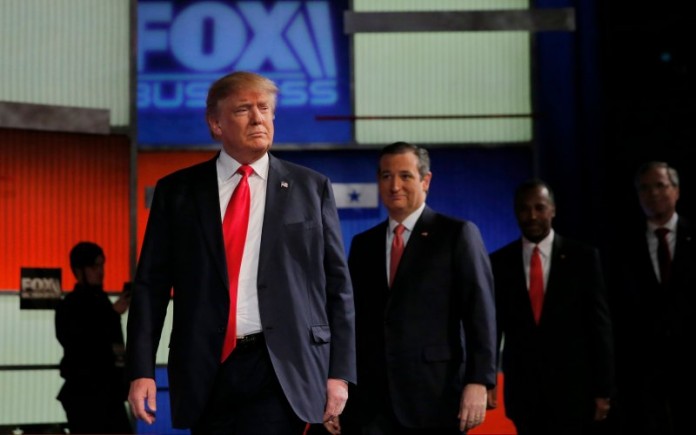 Donald Trump claimed that Ted Cruz stole his Iowa win in a tweet this morning. In the first version of it, Trump said “Ted Cruz didn’t win Iowa, he illegally stole it. That is why all of the polls were so wrong any way he got more votes than anticipated. Bad!”

He deleted this one, fixed his grammar and took out the word “illegally” in a new version of the tweet that remains up.