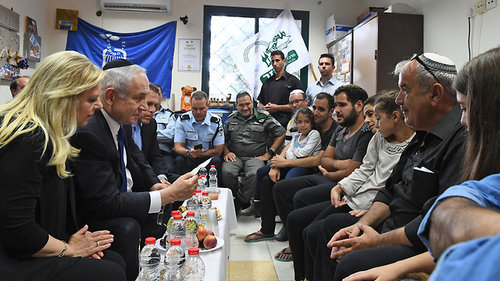 While visiting with the family during the weeklong shiva mourning period, Greenblatt offered condolences on behalf of the Trump administration.

Malka was stabbed to death by Palestinian terrorists near the Old City of Yerushalayim’s Shaar Shchem.

Greenblatt wrote on his Twitter page, “Today I paid a shiva call to family of Hadas Malka. She was murdered by terrorists. This violence is intolerable!”

In addition, Greenblatt also visited the Kosel and tweeted, “Today at the Kotel I prayed for an end to violence and the blessing of peace.”