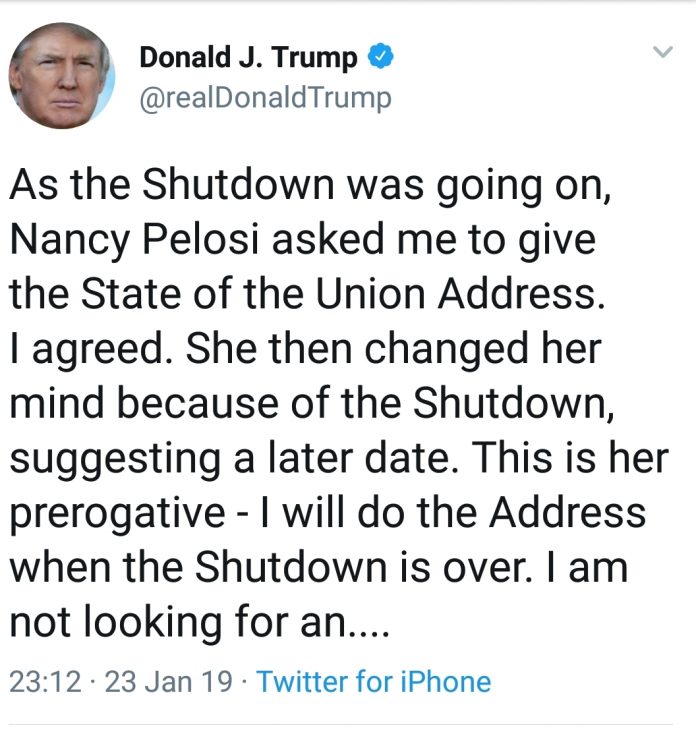 President Trump said late Wednesday that he would deliver his State of the Union address after the ongoing partial government shutdown is over.

“As the Shutdown was going on, [Speaker] Nancy Pelosi asked me to give the State of the Union Address,” Trump wrote in a tweet. “I agreed. She then changed her mind because of the Shutdown, suggesting a later date. This is her prerogative – I will do the Address when the Shutdown is over.”

Trump, in a subsequent tweet, expanded on earlier statements suggesting he may do an “alternative” State of the Union, writing that he was not seeking another venue because “there is no venue that can compete with the history, tradition and importance of the House Chamber.”

“I look forward to giving a “great” State of the Union Address in the near future!” he added.