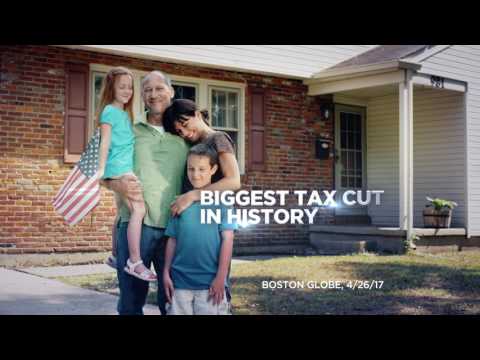 Barely 100 days into President Donald Trump’s first term, his campaign has already launched a television ad seeking to the lay the groundwork for a second one.

The $1.5 million buy offers a rapid-fire run through Trump’s first 100 days in office, with a narrator making the claim that “America has rarely seen such success.”

Among the victories touted are the confirmation of Supreme Court Justice Neil M. Gorsuch, a rollback of regulations and the “the biggest tax cut plan in history.” The latter refers to the single-page blueprint issued by the administration last week.

There is no mention in the ad of the botched attempts to implement a travel ban or pass legislation overhauling the Affordable Care Act.

The ad also takes aim at the media, branding it FAKE NEWS, and claiming that viewers wouldn’t be aware of Trump’s accomplishments by watching the news.