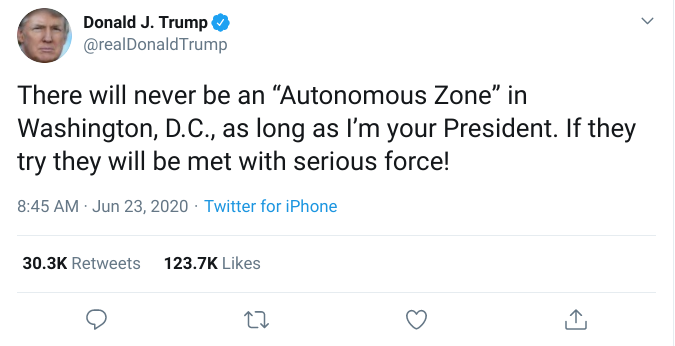 President Trump on Tuesday threatened that protesters who attempted to establish an “autonomous zone” in the nation’s capital would be met with “serious force” following a night of protests near the White House.

“There will never be an ‘Autonomous Zone’ in Washington, D.C., as long as I’m your President. If they try they will be met with serious force!” Trump tweeted.

The threat came after tense demonstrations on Monday night where protesters attempted to topple a statue of President Jackson in Lafayette Square across the street from the White House.