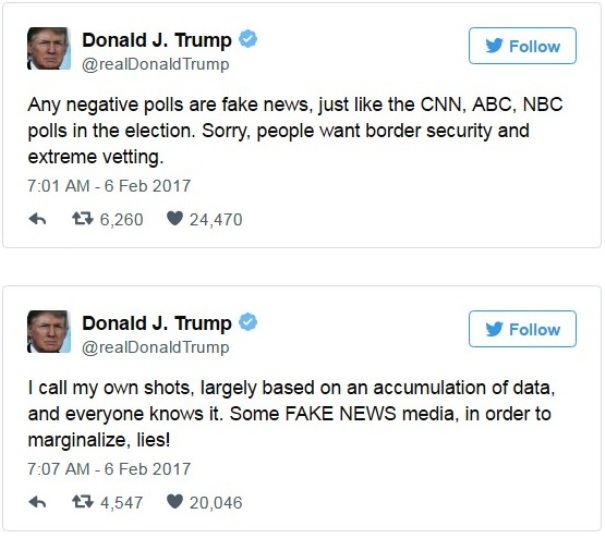 President Donald Trump today dismissed public opinion surveys showing opposition to his travel ban as “fake news,” insisting that there is popular support for his executive order temporarily prohibiting the entry of all refugees as well as travelers from seven majority-Muslim nations.

The president followed that up six minutes later with a second tweet: “I call my own shots, largely based on an accumulation of data, and everyone knows it. Some FAKE NEWS media, in order to marginalize, lies!”

Trump sent his tweets from his Mar-a-Lago resort in Palm Beach, Florida, where he has been spending the weekend.

Meanwhile, the executive order has been frozen by a legal challenge. A Justice Department response is expected later today.