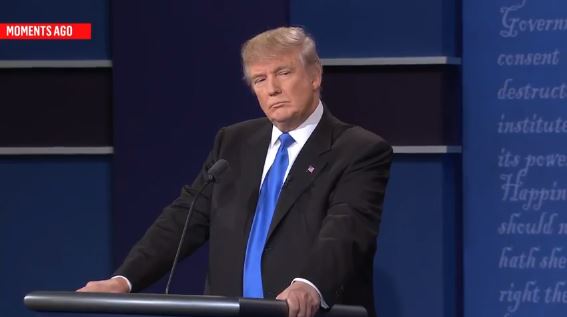 “This was one of the worst deals ever made by any country in history,” Trump said as he attacked Clinton for the role she played as secretary of state in the diplomatic process that ultimately led to the signing of the Joint Comprehensive Plan of Action (JCPOA) in July 2015 after she was succeeded at the State Department by John Kerry. “It will lead to nuclear problems. All they have to do is sit back ten years, and they don’t have to do much, and they’re going to end up getting nuclear [weapons].”

Netanyahu met separately with Trump and Clinton on Sunday in New York City, a day ahead of the debate at Hofstra University.

Responding to Trump’s criticism of the JCPOA, Clinton said, “Donald never tells you what he would do. Would he have started a war? Would he have bombed Iran? If he is going to criticize a deal that has been very successful in giving us access to Iranian facilities that we never had before, then he should tell us what his alternative would be. But it’s like his plan to defeat ISIS. He said it’s a secret plan. The only secret is he has no plan.”

Earlier in the debate, Trump said to Clinton, “The Middle East is a total mess, under your direction to a large extent…the Iran deal, that’s another beauty, where you have a country that was ready to fall, it was doing so badly, they were choking on the sanctions and now they’re actually going to be a major power at some point pretty soon.”

Clinton explained that when she became secretary of state in 2009, “Iran was weeks away from having enough nuclear material to form a bomb. They had mastered the nuclear fuel cycle…they had built covert facilities, they had stocked them with centrifuges that were whirling away. And we had sanctioned them. I voted for every sanction against Iran when I was in the Senate, but it wasn’t enough. So I spent a year and a half putting together a coalition that included Russia and China to impose the toughest sanctions on Iran and we did drive them to the negotiating table.”

The former first lady went on to say that the JCPOA “put a lid on Iran’s nuclear program without firing a single shot.”