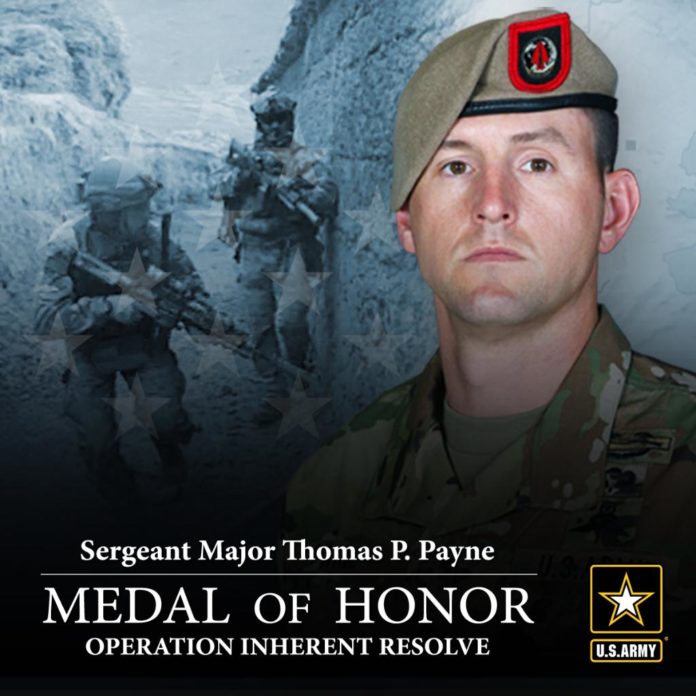 President Trump presented the Congressional Medal of Honor Friday to U.S. Army Sgt. Major Thomas “Patrick” Payne for his heroics in a 2015 daring raid that rescued 75 ISIS hostages from a prison in northern Iraq, with Trump praising him as “one of the bravest men anywhere in the world.”

Trump hailed Payne’s heroic selfless action that led to 20 ISIS terrorists killed and saving the lives of the 75 captives.

“Today he joins the immortal company of our most revered American heroes,” Trump said in the White House ceremony. “Pat, you personify the motto: ‘Rangers lead the way.'”

Payne, 36, is the first living member of the Delta Force to receive the Medal of Honor, the highest decoration a member of the military can be given.