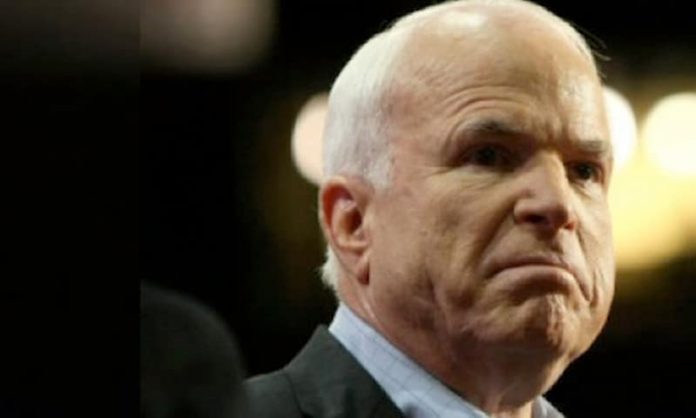 >>Follow Matzav On Whatsapp!<<
President Trump on Saturday tore in to Sen. John McCain for not supporting the latest GOP bill to repeal and replace Obamacare. In a series of tweets, Trump said McCain “let Arizona down” by opposing the Graham-Cassidy bill, which McCain said he “cannot in good conscience vote for.” The bill, which is expected to be voted on next week, has been criticized for its proposed cuts to Medicaid and federal funding. “John McCain never had any intention of voting for this Bill, which his Governor loves,” Trump wrote.

Trump went on to criticize for McCain for what he described as being disloyal to friends, saying “McCain let his best friend L.G. down,” a reference to one of the bill’s authors, Sen. Lindsey Graham. Graham said a day earlier, however, that he wasn’t too bothered by McCain’s opposition to the legislation. “My friendship with John McCain is not based on how he votes but respect for how he’s lived his life and the person he is,” Graham said. Read more at THE NEW YORK TIMES.