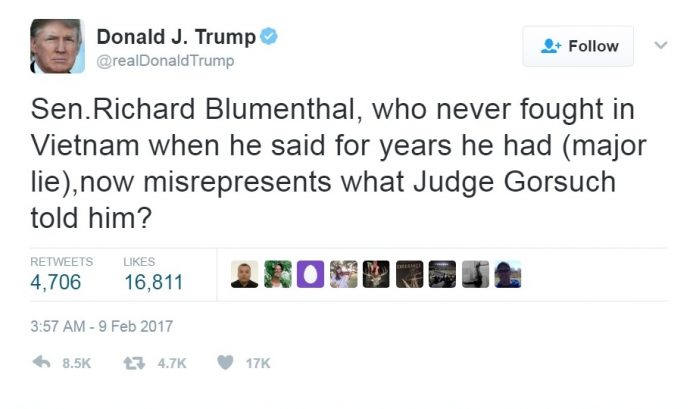 After Neil Gorsuch, President Donald Trump’s SCOTUS pick, was said to have expressed dismay at the president’s attack on a federal judge, President Trump himself says he believes the remarks were misrepresented.

Sen. Richard Blumenthal, a Connecticut Democrat, told reporters that the judge said it was “disheartening” and “demoralizing” to see Trump attack a federal judge for ruling against his travel ban from seven Muslim-majority countries.

This morning, Trump said that the Gorsuch remarks were “misrepresented” by Blumenthal. “Sen. Richard Blumenthal, who never fought in Vietnam when he said for years he had (major lie), now misrepresents what Judge Gorsuch told him?” the president tweeted.