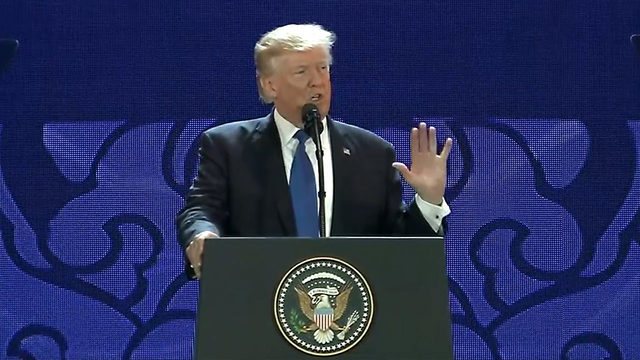 President Donald Trump gave a boost Tuesday to embattled Republican candidate Roy Moore in the Alabama Senate race, warning against a Democratic victory and emphasizing that the former judge “totally denies” allegations made against him.