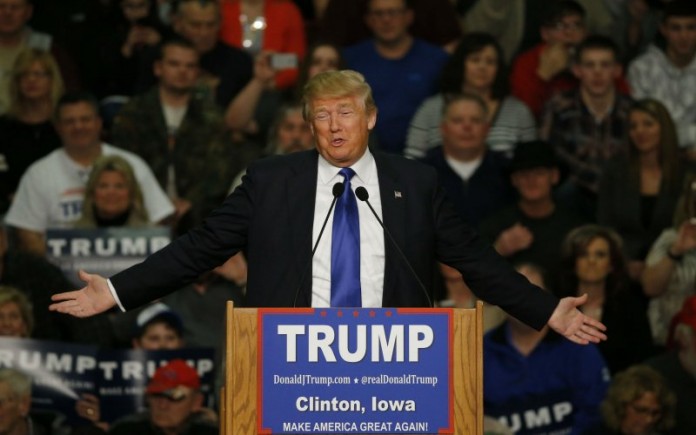 Following his stunning Iowa caucus defeat at the hands of Ted Cruz, Donald Trump broke his sweet, brief Twitter silence Tuesday morning, posting, “My experience in Iowa was a great one. I started out with all of the experts saying I couldn’t do well there and ended up in 2nd place. Nice.”

Trump added, “Because I was told I could not do well in Iowa, I spent very little there—a fraction of Cruz & Rubio. Came in a strong second. Great honor.”

He also suggested the media has covered his loss unfairly by not mentioning that he “brought in record voters and got second highest vote total in history!”

Furthermore, he wrote, “I don’t believe I have been given any credit by the voters for self-funding my campaign, the only one. I will keep doing, but not worth it!”

Two years ago, the reality-TV star tweeted: “‘No one remembers who came in second.’”  Read it at Twitter.