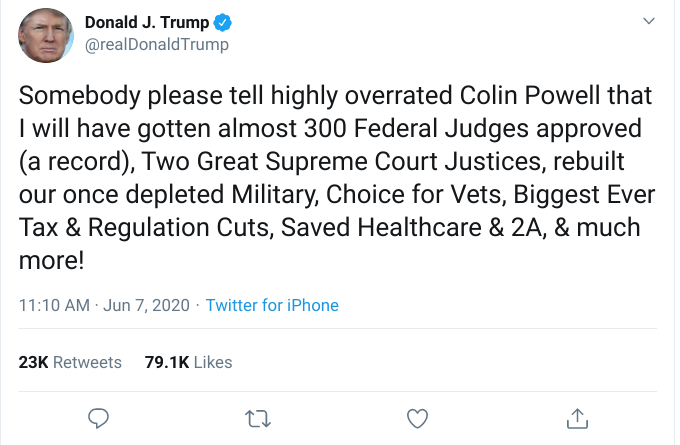 President Trump called Colin Powell a “real stiff” on Sunday — after the former secretary of state announced he would endorse Joe Biden for president.

“Colin Powell, a real stiff who was very responsible for getting us into the disastrous Middle East Wars, just announced he will be voting for another stiff, Sleepy Joe Biden. Didn’t Powell say that Iraq had ‘weapons of mass destruction?’ They didn’t, but off we went to WAR!,” Trump wrote on Twitter shortly after Powell appeared on CNN.

Less than an hour later, Trump responded to Powell and listed his accomplishments.