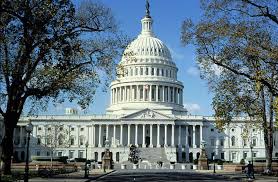 While speaking at a rally in Colorado Springs, Colo., the Republican nominee took what many perceive as a stab at House Speaker Paul Ryan—who has recently said he would stop defending the candidate—by making a policy issue out of limiting the amount of time members of Congress can serve.

“If elected President, I’ll push for a costitutional amendment to impose term limits on all members of Congress,” he said after listing off the five points of his ethics reform plan—first revealed Monday evening—which includes 5-year bans on lobbying by former executive-branch officials, members of Congress, and their staffs. All of these proposals, Trump said, would work towards his goal of “draining the swamp” in D.C., including Hillary Clinton, “the most corrupt person to ever run for president.”