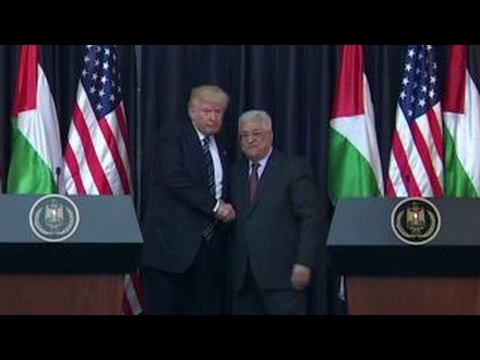 President Trump on Tuesday slammed the “evil losers” who bombed an Ariana Grande concert in Manchester on Monday night, killing more than 20 people and injuring dozens.

“So many young people, beautiful people living and enjoying their lives murdered by evil losers in life—I won’t call them monsters because they would like that term; they think that is a great name,” Trump said. “I will call them from now on ‘losers’ because that’s what they are: They are losers and there will be more of them, but they are losers. Remember that.” Trump spoke in Bethlehem on his visit to Israel and the Palestinian territories.

“We cannot stand a moment longer for the slaughter of innocent people, and in today’s attack it was mostly innocent children,” Trump continued. Such murderers “must be driven out of our society forever,” he said. “This wicked ideology must be obliterated and I mean completely obliterated.” Read more at THE DAILY BEAST.