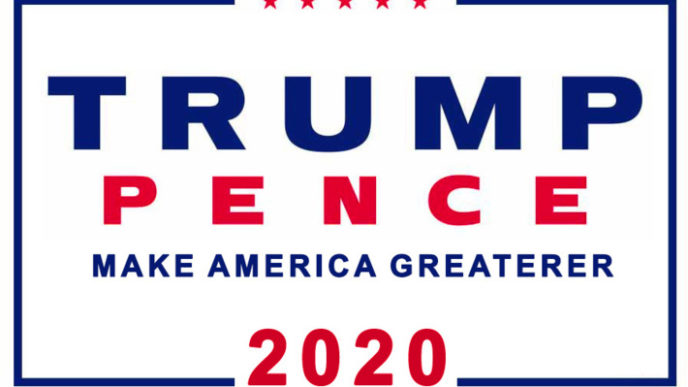 President Donald Trump’s campaign is cutting ties with three members of his polling team after grim numbers showing him trailing former vice president Joe Biden in several battleground states were leaked to the media last week, according to several officials with knowledge of the matter.

Days ahead of Trump’s official launch of his reelection bid on Tuesday, the campaign is severing its relationship with Brett Loyd, Mike Baselice and Adam Geller while keeping pollsters Tony Fabrizio and John McLaughlin.

The officials, like others interviewed, spoke on the condition of anonymity to freely discuss internal moves. The Trump campaign declined to comment. NBC first reported on the campaign’s actions.

The news follows reports – first by Politico and later by the New York Times – on a 17-state internal poll conducted by Fabrizio. The data, later reported by ABC and NBC, show Trump trailing Biden by double digits in Wisconsin, Pennsylvania, Florida and Michigan, where Trump narrowly edged out Democratic nominee Hillary Clinton in 2016. The poll also found Trump behind Biden in several other states that were key to the president’s win – Iowa, North Carolina, Ohio and Georgia – while holding a narrow edge in strongly Republican Texas.

Privately, the president was livid that the numbers leaked out, according to White House and campaign officials.

Trump’s “kill the messenger” strategy in response to the leaked polling data reflects his desire to show strength at all times, even in the face of less-than-favorable news from within his own campaign.

The disclosure of the polling data has upended what has been a relatively smooth-running reelection operation so far – and highlights the stark challenges the president faces in forging a coalition to repeat his 2016 victory. While there has been some tension between Jared Kushner, the president’s son-in-law and White House adviser, and Republican National Committee officials, it has largely remained behind the scenes.

The campaign has taken particular pride in running a more functional operation than in 2016. Advisers such as Parscale, Justin Clark and Bill Stepien have visited key states such as Pennsylvania to meet with state party leadership and activists. The campaign has moved to install Trump loyalists as state party chairmen and delegates for the convention and has sought to project a sense of unity with the RNC in its sprawling headquarters overlooking the Potomac River in Rosslyn. They have hired dozens of people – eclipsing the size of the ragtag Trump operation in 2016.

Several campaign advisers said they were dismayed by the leak of the polling data – but that the numbers, and conversations with advisers, explained Trump’s fixation on Biden, who is leading early public polls in the race for the 2020 Democratic nomination.

Trump has complained to staffers about the polling data disclosure for several days, White House and campaign advisers said.

The internal poll shows there is significant work to be done and that Trump might have turned off some of the voters he will need to have a chance at winning.

Loyd is president and chief executive of Polling Company/WomanTrend, which was founded by White House counselor Kellyanne Conway.

Baselice is the founder of Austin-based polling firm Baselice & Associates. He was also the longtime pollster for former Texas governor Rick Perry, R, who is now energy secretary.

Geller was previously a pollster for former New Jersey governor Chris Christie, R, and is the founder and chief executive of National Research.

None of the three immediately responded to requests for comment Sunday.

After the leak of the internal polling, both Parscale and Fabrizio argued that the numbers were out-of-date and that once the Trump campaign “defined” Democrats to respondents, the numbers shifted in Trump’s favor.

“The Trump internal campaign data being reported is incomplete and misleading,” Fabrizio said in a statement Friday. “The old numbers from March being reported represent a worst-case scenario in the most unfavorable turnout model possible.”

Yet public polls, too, have shown that Trump as president remains mired around 40 percent approval and has never been above water since he took office.

A new NBC News-Wall Street Journal poll released Sunday shows Trump’s job approval rating at 44 percent. The survey showed only 11 percent of Democrats, 17 percent of African Americans, 32 percent of Latinos and 36 percent of women approve of the job Trump is doing as president.

Trump’s approval rating among Republicans, however, remains high at 84 percent, giving him a solid electoral base in reliably red states such as Alabama, Mississippi and the Dakotas.

And despite the internal poll data, Trump retains the power of incumbency, with Election Day 17 months away and Democrats’ first presidential nominating contests in eight months.