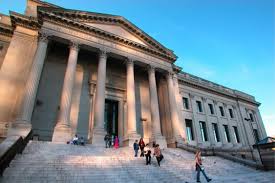 The Trump campaign is prepared to file a lawsuit against the city of Philadelphia, following a difficult first day of voting across multiple satellite election offices on Tuesday.

A potential lawsuit would be filed against the Office of the Philadelphia City Commissioners over their alleged refusal to admit poll watchers into satellite offices to observe the voting process.

“To the extent that your office prohibits the campaign from monitoring the casting of ballots, the campaign will seek court intervention,” a letter from an attorney representing the campaign read.