Donald Trump’s re-election campaign lashed out at the Commission on Presidential Debates about the topics and potential rule changes for the president’s final face-off against Democratic candidate Joe Biden.

In a two-page letter to the commission, Trump campaign manager Bill Stepien stopped short of threatening to withdraw from the Thursday debate but said the non-partisan commission’s “pro-Biden antics have turned the entire debate season into a fiasco.”

“For the good of campaign integrity and for the benefit of the American people, we urge you to rethink and reissue a set of topics, with an emphasis on foreign policy,” Stepien wrote in the letter, which was dated Monday and posted on his Twitter account.

The campaign chief said the topic list would “insulate Biden from his own history,” referring to allegations related to the foreign business dealings of the former vice president’s son, Hunter. 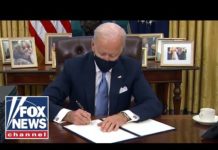 Watch: What Can We Expect From Biden’s First 100 Days In Office? 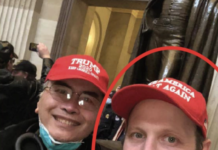