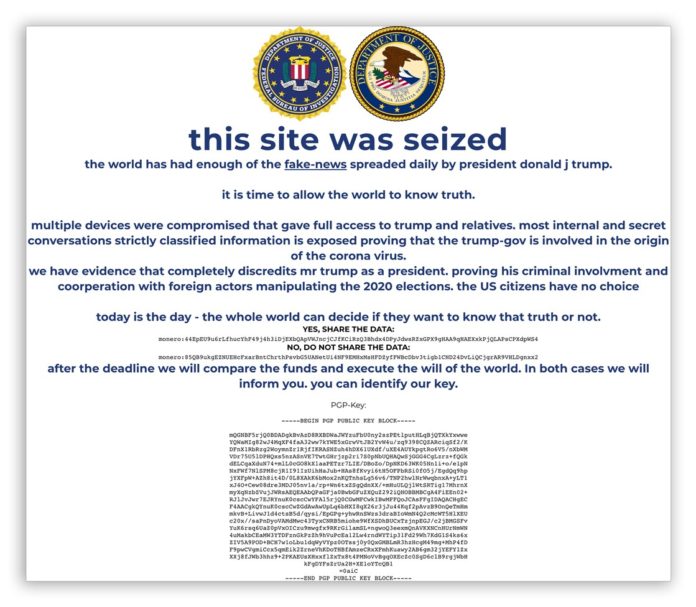 “This site was seized,” read a message that was briefly posted on a page at donaldjtrump.com. The “world has had enough of the fake news spreaded daily” by the president, it continued.

The message said it had information that “discredits” the president and his family, and it demanded cryptocurrency to either release or withhold the information.

The site soon appeared to go offline, and it was restored without the hacked message a short time later.