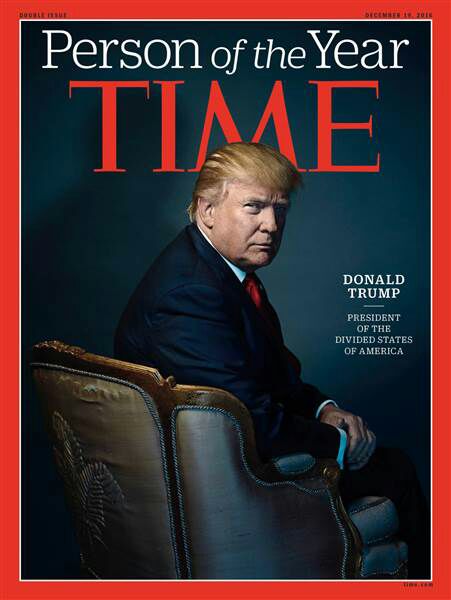 President Donald Trump says that Time magazine was contemplating naming him the “Person of the Year” for a second year in a row but that he pulled himself out of the running because he didn’t want to participate in an interview and photo shoot.

“Time Magazine called to say that I was PROBABLY going to be named ‘Man (Person) of the Year,’ like last year, but I would have to agree to an interview and a major photo shoot,” Trump tweeted on Friday evening. “I said probably is no good and took a pass. Thanks anyway!”

Later Friday evening, Time disputed the president’s claim, tweeting that he “is incorrect about how we choose Person of the Year.” The magazine said it doesn’t comment on its choice until publication, the Associated Press reported.