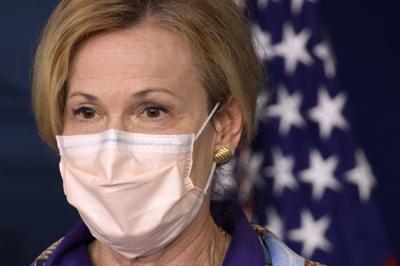 President Trump on Monday publicly criticized Deborah Birx, the doctor who is coordinating the White House’s coronavirus response, suggesting she was hurting him after she bluntly acknowledged that the pandemic is widespread across the United States.

Trump targeted Birx over a weekend response to criticism from Speaker Nancy Pelosi (D-Calif.), who questioned Birx’s credibility in responding to the pandemic. He appeared to call Birx’s response to Pelosi’s criticism “pathetic.”

“So Crazy Nancy Pelosi said horrible things about Dr. Deborah Birx, going after her because she was too positive on the very good job we are doing on combatting the China Virus, including Vaccines & Therapeutics,” Trump tweeted. “In order to counter Nancy, Deborah took the bait & hit us. Pathetic!”