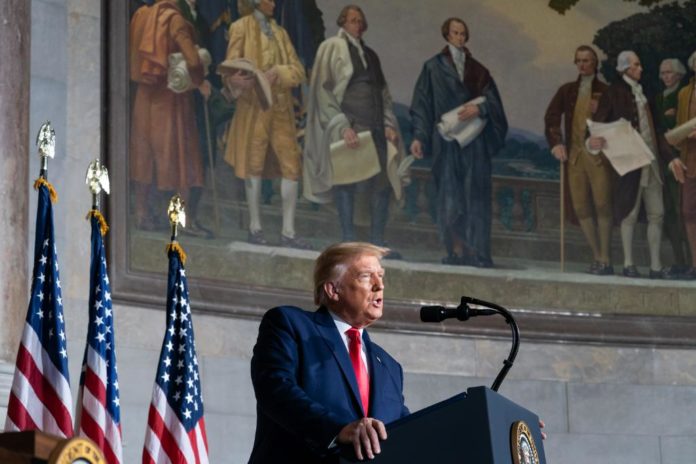 Trump, a born-and-raised New Yorker, in 2019 announced that he would be changing his permanent address to Palm Springs, Fla., according to Fox News. Trump alludes the move was due to the state of politics in New York at the time.

But with Cuomo now out of office and de Blasio’s term ending at the end of the year, Trump hinted that a return to his hometown could be possible.

“It was shocking what happened to Cuomo,” Trump said when asked if a return to New York City was on the horizon. “He was a strong governor — strong meaning he had pretty good control.”

But “that was a shocking event,” he added.