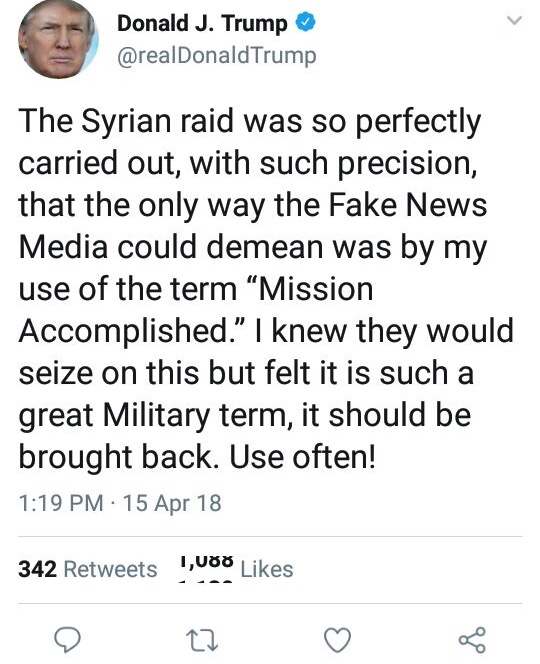 President Donald Trump on Sunday defended his use of the term “mission accomplished” to describe Friday night’s missile strike in Syria.

“The Syrian raid was so perfectly carried out, with such precision, that the only way the Fake News Media could demean was by my use of the term ‘Mission Accomplished,'” he tweeted Sunday morning. “I knew they would seize on this but felt it is such a great Military term, it should be brought back. Use often!”