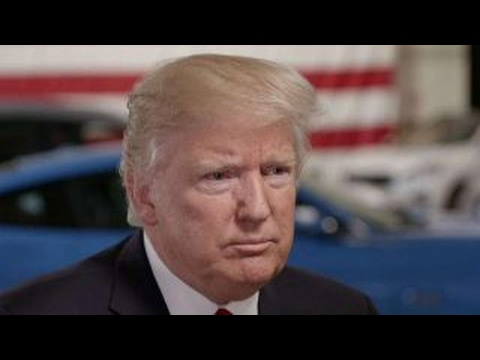 President Donald Trump on Wednesday indicated that he had no solid evidence to support his declaration that former President Barack Obama ordered surveillance on his phones at Trump Tower in New York during last fall’s campaign.

Trump said he based his accusation, which he leveled March 4 in a series of tweets, on a couple of news reports referencing wiretapping generally.

“I’ve been reading about things,” Trump said in an interview with Fox News Channel. Trump said that after noticing an article in The New York Times and commentary by Fox anchor Bret Baier, Trump said he told himself, “Wait a minute, there’s a lot of wiretapping being talked about.'”

In the interview Wednesday with Fox host Tucker Carlson, Trump maintained that information would soon be revealed that could prove him right, but would not explain what that information might be. He said he would be “submitting certain things” to a congressional committee investigating the matter and that he was considering speaking about the topic next week.

“I think you’re going to find some very interesting items coming to the forefront over the next two weeks,” Trump said.

Carlson pointed out that, as president, Trump had the ability to “gather all the evidence you want.” Trump acknowledged, “I do,” but proceeded to explain that he fired off his tweets because he had seen Baier use the word “wiretap” on his broadcast a day earlier.

“What he was saying and what he was talking about and how he mentioned the word ‘wiretap,’ you would feel very confident that you could mention the name,” Trump said. “He mentioned it. And other people have mentioned it.”

Asked whether he “devalues his own currency” by tweeting things that are not true, Trump defended himself.

Trump tried to provide a loose definition for what he accused Obama of ordering, an explanation his press secretary, Sean Spicer, has tried to hammer home as well.

“Don’t forget, when I say ‘wiretapping,’ those words were in quotes,” Trump told Carlson. “That really covers, because wiretapping is pretty old-fashioned stuff. But that really covers surveillance and many other things. And nobody ever talks about the fact that it was in quotes, but that’s a very important thing.”

Trump also weighed in on the disclosure of his 2005 tax returns Tuesday night on MSNBC, asserting that it was “illegal” and “a disgrace” for news organizations to make the documents public.

“I have no idea where they got it, but it’s illegal, and they’re not supposed to have it and it’s not supposed to be leaked,” Trump told Carlson. “It’s certainly not an embarrassing tax return at all, but it’s an illegal thing they’ve been doing it. They’ve done it before, and I think it’s a disgrace.”