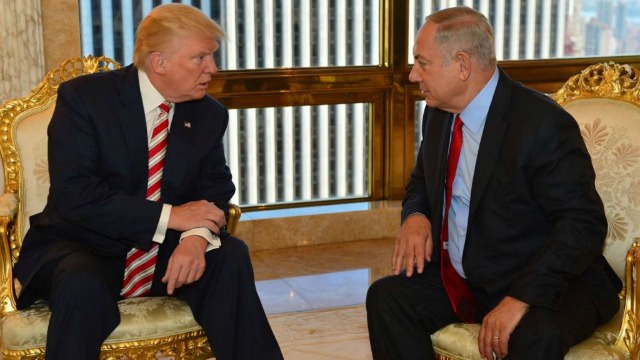 President Donald Trump said Wednesday that the U.S. Embassy in Israel won’t move to  within the next year, contradicting a statement made earlier in the day by Prime Minister Benjamin Netanyahu. T

rump said in an interview to Reuters that the embassy move would take longer than that. “By the end of the year? We’re talking about different scenarios,” Trump said, according to the news agency’s transcript. Read more at Ha’Aretz.