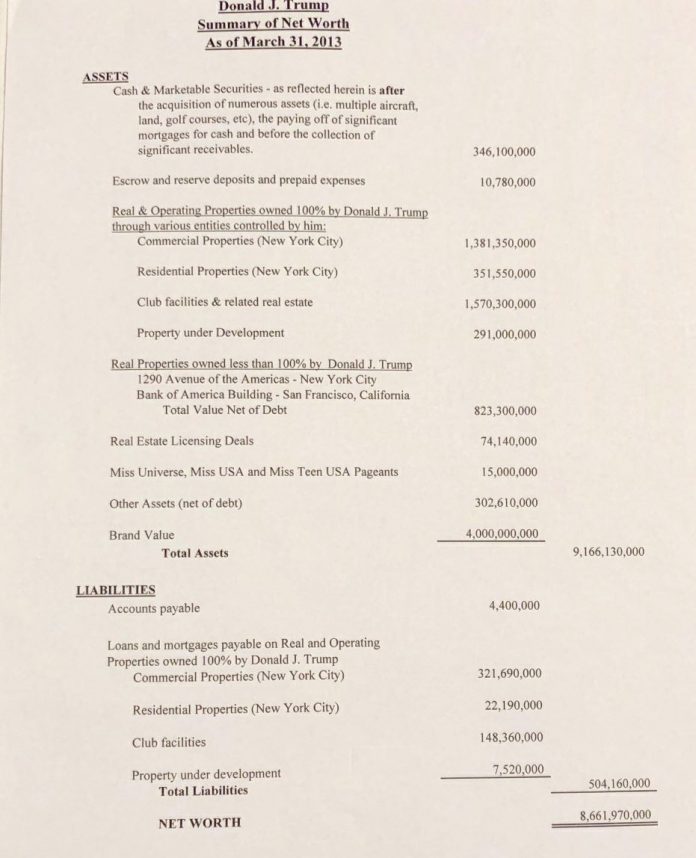 That’s according to financial documents presented by former Trump attorney Michael Cohen in an open hearing before the House Oversight and Reform Committee yesterday where he said he believed the numbers in Trump’s statements were “inflated,” and that the future president had provided the false figures to Deutsche Bank in an unsuccessful attempt to borrow money to buy the Buffalo Bills football team.

Cohen testified that Trump “wanted each year to have his net worth rise on the Forbes wealthiest individuals list.” (Trump once filed a $5 billion defamation lawsuit after a writer questioned his wealth in a 2005 biography.) To do that, Cohen said Trump routinely fudged the actual valuations of his properties “based upon what he wanted to value the asset at.”

Trump’s name and reputation do have value, and Trump has made most of his money over the years by licensing his name: Trump wines, Trump deodorant, and of course, Trump-branded buildings.