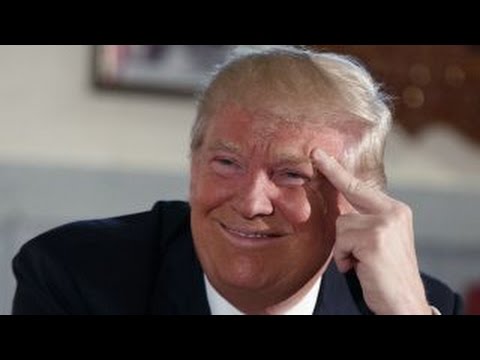 Donald Trump said Wednesday that he favors using “stop-and-frisk” tactics to curb violence in black communities, embracing a controversial policy in which police officers are empowered to stop, question and search individuals they suspect have committed crimes or are preparing to do so.

In an interview with Sean Hannity of Fox News that was recorded Wednesday, Trump made the remark in response to a question from a member of the audience.

“Well, one of the things I’d do, Ricardo, is I would do stop-and-frisk,” Trump said. “I think you have to. We did it in New York, it worked incredibly well and you have to be proactive and, you know, you really help people sort of change their mind.”

Critics have argued that the policy unfairly targets minorities. A federal judge ruled in 2013 that New York City’s law, as it was operating, was unconstitutional and a “form of racial profiling.”

Shortly after taking office in 2014, New York Mayor Bill de Blasio (D), an outspoken critic of the practice, announced he was ending a legal battle over “stop-and-frisk,” leading to the appointment of a court-appointed monitor to oversee the NYPD’s reform of the policy.

Trump said that stop-and-frisk was “so incredible” in New York City. But a 2014 New York Civil Liberties Union report found that as the number of stops increased dramatically from 2002 to 2011 during Michael Bloomberg’s tenure as mayor, the number of guns recovered, shooting victims and murders only “changed modestly.”

Trump’s championing of “stop-and-frisk” comes at a time when he is trying to improve his poor standing among African American voters, an effort that has been awkward at times, such as when he visited a predominantly black church in Flint, Mich., and was instructed by the pastor to stop giving politically charged remarks.

“Stop-and-frisk” is not a broadly popular approach among African Americans, so Trump’s comments could set back his attempt to win over black voters. Moreover, they come amid a string of high-profile police shootings of African Americans that have angered many black voters and fueled concerns about the police being overly aggressive.

The Fox interview will air Wednesday night. The network released a partial transcript ahead of the broadcast. Hannity openly supports Trump.

The Republican presidential nominee, who has used anti-Muslim and anti-immigrant rhetoric throughout his campaign, also said that charges that he is a racist are signs of desperation from Democrats.

“It’s a very interesting phenomenon, but the word ‘racist’ comes out and that means that you’re winning and that’s their last chance, and I don’t think it’s working,” Trump said.