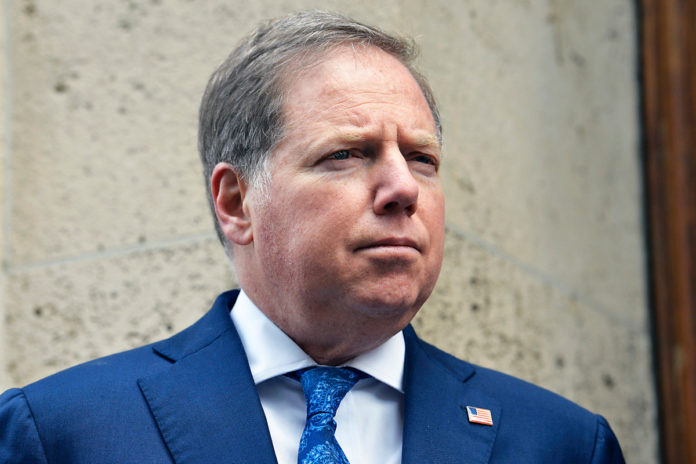 President Trump has now fired Geoffrey Berman, the US Attorney in Manhattan who had refused to step down when ordered to by the Justice Department on Friday night, the NY Post.

Trump’s firing of the powerful federal prosecutor — whose office is investigating multiple cases involving the president’s associates — was announced in a letter to Berman today from Attorney General William Barr.

“Because you have declared that you have no intention of resigning, I have asked the President to remove you as of today, and he has done so,” Barr’s letter to Berman reads.

But minutes after Barr’s letter became public, Trump washed his hands of the controversial firing — leaving unclear just who, in fact, was forcing Berman out. Berman’s firing was Barr’s doing, not his, Trump insisted to reporters as he left the White House for a rally in Tulsa. Read more at NY Post.