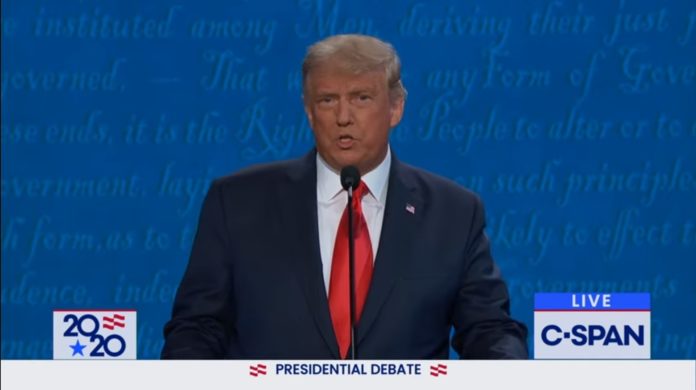 President Donald Trump during Thursday’s presidential debate in Tennessee said he prepaid ”tens of millions of dollars” in taxes when prompted by Joe Biden on why he hadn’t released his returns despite promises to do so since 2016.

A New York Times report published in late September said Trump paid just $750 in federal income tax both in 2016, the year he ran for president, and his first year in the White House. The newspaper, which said it obtained tax records for Trump and his companies over two decades, also reported that Trump paid no income taxes at all in 10 of the previous 15 years.

”I called my accountants, under audit, I’m going to release them as soon as we can, I want to do it and it’ll want to show how successful, how great this company is, but much more importantly than that, people are saying $750, I asked them a week ago, I said, ‘What did I pay?’ They said ‘Sir, you prepaid tens of millions of dollars,”’ Trump said.

”I prepaid my tax. Over the last number of years – tens of millions of dollars, I prepaid. Because at some point they think – it’s an estimate – they think I may have to pay tax. So I already prepaid it. Nobody told me that. … they keep talking about $750, which I think is a filing fee.”