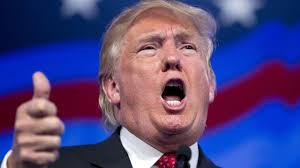 Donald Trump is known for his over-the-top personality and has made a number of controversial statements during his run for the presidency. However, Trump says all that will change once he wins the GOP nomination.

The republican front-runner says he will become the “most boring human being” after he knocks Ted Cruz and John Kasich out of the race, noting that the media is going to “be so bored” when they can not longer write scathing headlines about him.

Trump plans to become “so presidential” once he wins the Republican nomination and knocks out his two remaining competitors, who he calls “the leftovers.”

“I have two leftovers. I call them leftovers. They haven’t been very nice to me. I will beat them. After I beat them, I will be so presidential. You’re going to be so bored, you’re going to say this is the most boring human being I’ve ever interviewed. I think if I act very presidential I’ll be dull, but that will be fine.” Read more at the Inquisitr.