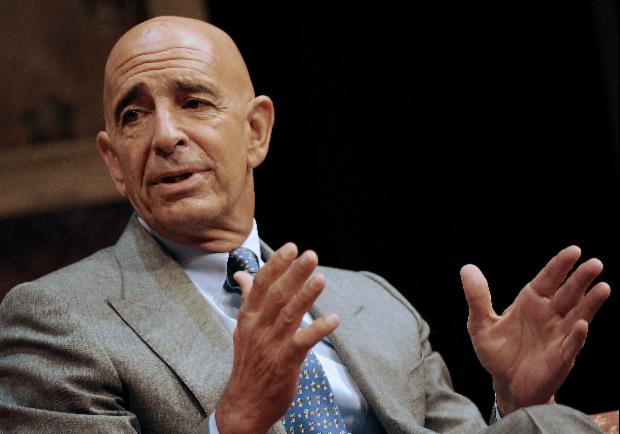 Thomas Barrack, a private equity investor who is a close friend of former President Donald Trump, was arrested Tuesday morning in Los Angeles on federal charges related to illegally lobbying Trump for the United Arab Emirates.

Barrack, who was charged with three other men in a seven-count indictment in Brooklyn, New York, federal court, was chairman of Trump’s 2017 inaugural fund.

The Santa Monica, California, resident Barrack and the other defendants are accused of unlawful efforts to advance the interests of the UAE at the direction of senior officials of that nation, “by influencing the foreign policy positions of the campaign of a candidate in the 2016 U.S. presidential election and, subsequently, the foreign policy positions of the U.S. government in the incoming administration,” the Justice Department said.

Charged with the 74-old Barrack for acting and conspiring to act as agents for the UAE from April 2016 throough April 2018 were Matthew Grimes, 27, of Aspen, Colorado, Rashid Sultan Rashid Al Malik Alshahhi and Rashid Al‑Malik, a UAE national.