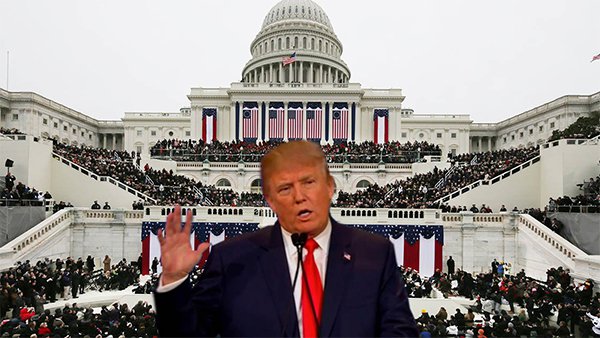 U.S. law enforcement is focusing on the potential for “lone-wolf” terrorist attacks during the presidential inauguration and associated events, including the possibility assailants may try to use vehicles to plow into crowds, Homeland Security Secretary Jeh Johnson said.

“We have to be concerned about individual acts of violent extremism and those who self-radicalize,” Johnson told reporters Friday at a security center in the suburbs of Washington that will serve as the hub for more than 40 federal, state and local agencies to coordinate their inauguration efforts. “We’ll be on guard for those threats.”

To date, there is no specific or credible threat against the inauguration or related events, which begin on Jan. 19 and run until Jan. 21, Johnson said. The official ceremony in which Donald Trump will be sworn in as president occurs on Jan. 20.

The U.S. presidential inauguration is typically one of the most heavily guarded events in the world, but the openness of the event — the president-elect and his family often get out of their armored car to walk along Pennsylvania Avenue so supporters can more easily see them — complicates those efforts.

Johnson said law enforcement is expecting 700,000 to 900,000 people to attend inauguration events while about 100 different organizations are planning demonstrations either for or against Trump, Johnson said. That is about half the 1.8 million estimated to have attended President Barack Obama’s first inauguration in 2009.

Trump is aiming even higher. In a tweet in December, he wrote, “Well, we all did it, together! I hope the ‘MOVEMENT’ fans will go to D.C. on Jan 20th for the swearing in. Let’s set the all time record!”

To ensure security for such crowds, about 28,000 will be people dedicated to security, from agencies including DHS, the FBI, U.S. Capitol Police, U.S. Park Police and local law enforcement, Johnson said.

The use of trucks as a weapon in terrorist attacks has spiked worldwide, even appearing in an al-Qaida manual. There were 157 such assaults from 1970 through 2015, with almost half taking place since 2014 and many of those in the West Bank and Gaza Strip, according to the University of Maryland’s Global Terrorism Database.

A lone-wolf terrorist killed 12 people in Germany in December after plowing his truck into a Christmas market. He was later killed by police in Italy. A similar attack in Nice, France, in July last year killed more than 80 people before the driver was shot.

In response, U.S. security agencies plan to fortify perimeter locations around inauguration events with dump trucks, trucks carrying cement and buses, Johnson said. “That is a precaution that we are doubling down on in particular this inauguration,” Johnson said.

Johnson said the terrorist environment is very different than it was just three years ago given the recent attacks in Europe. The central focus of inauguration security will be to ensure that official events aren’t disrupted, such as the procession of the presidential motorcade up to the Capitol and back, Johnson said.