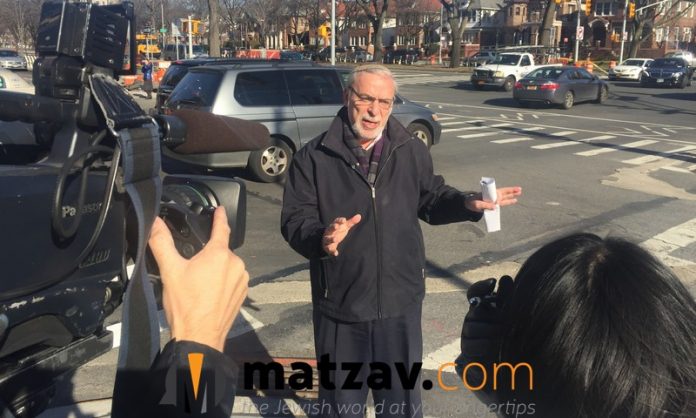 New York State Assemblyman Dov Hikind (D-Brooklyn) will lead a group of Holocaust survivors to the White House Chanukah Reception tomorrow at the personal invitation of President Trump. Hikind says the survivors—most of whom are in their 90s—look forward to personally thanking the President for removing Nazi guard Jakiw Palij from the United States.

Hikind also received a letter from Chancellor Angela Merkel promising that the German government’s judiciary is “exploring all avenues to bring Palij to justice.” Palij served as an armed guard at the Trawniki forced-labor camp under the direction of the then German government, and participated in the extermination of some 6,000 Jews. Following Palij’s deportation to Germany in August—for which President Trump recognized Hikind’s years of effort—Hikind has continued to beseech Chancellor Merkel to try Palij for his war crimes.

“Palij played an active and indisputable role in the tragic murder of innocent people,” said Hikind. “On behalf of the thousands of survivors who still remain alive, I applaud Chancellor Merkel’s decision to accept Palij following a U.S. Federal Court decision ordering his removal from the U.S. in 2004, and for Germany’s continued efforts to bring Palij to justice. These actions demonstrate to the world that while justice may move slowly, ultimately it does prevail.

“The survivors who are accompanying me to the White House look forward to thanking our President in person for his leadership on this issue and for making them feel safer in the United States where, sadly, acts of anti-Semitism have been on the rise. We know our President will continue doing everything in his power to stem the tide of ugly racism and anti-Semitism.”

Assemblyman Hikind also thanked Rizy Horowitz of Nachas Health Organization in Brooklyn for arranging transportation for the Holocaust survivors to the White House and for decades of her dedication to the survivors.