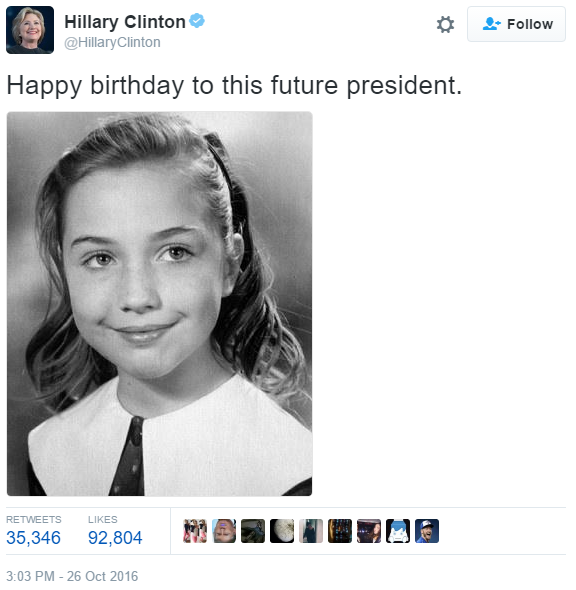 Donald Trump Jr. tweeted at Hillary Clinton for her birthday on Thursday, jeering at her tweet from one year ago proclaiming herself the future president.

“A year later the arrogance and entitlement in this tweet is exactly why it was never going to happen,” President Trump’s eldest son said alongside a Clinton tweet from October 2016.

The former Democratic presidential nominee turned 70 on Thursday. Read more at The Hill.