President Trump attacked The New York Times on Wednesday over a report that special counsel Robert Mueller’s office is looking into a payment that a Ukrainian steel magnate made to Trump’s charitable foundation in exchange for a video appearance.

The president in an early morning tweet said the newspaper wrote “another phony story,” claiming that the agreement was struck with pundit Doug Schoen and not a Ukrainian businessman.

“The Failing New York Times wrote another phony story. It was political pundit Doug Schoen, not a Ukrainian businessman, who asked me to do a short speech by phone (Skype), hosted by Doug, in Ukraine. I was very positive about Ukraine-another negative to the Fake Russia C story!” Trump wrote. 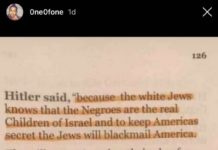