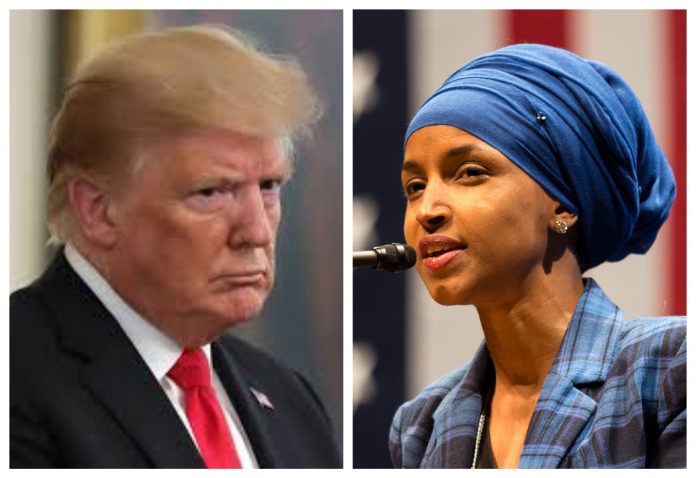 >>Follow Matzav On Whatsapp!<<
Donald Trump has showered praise upon the crowd who launched into a “Send her back!” chant directed towards Rep. Ilhan Omar during the president’s Wednesday night rally in North Carolina.
Chilling footage of the president’s supporters chanting about Omar—a U.S. citizen who moved from Somalia as a child—has been shown around the world. Predictably, Trump has praised their actions, writing late Wednesday: “Just returned to the White House from the Great State of North Carolina. What a crowd, and what great people. The enthusiasm blows away our rivals on the Radical Left. 2020 will be a big year for the Republican Party!”
The chant echoed a series of racist tweets fired off by Trump against four progressive Democratic lawmakers that include Omar, Rep. Alexandria Ocasio-Cortez, Rashida Tlaib, and Rep. Ayanna Pressley.
Read more at Twitter.
{Matzav.com}