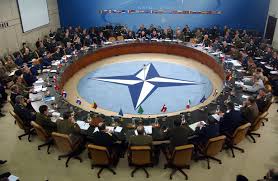 In a meeting with The Washington Post’s editorial board reported earlier by Matzav, Donald Trump suggested NATO has outlived its usefulness and is a waste of money.

According to the Post, the Republican frontrunner questioned the United States’ involvement in the intergovernmental military alliance, charging that some U.S. allies are “not doing anything.” He alleged that “we’re doing all the lifting” on Ukraine while other European powers remain silent.

“Why are we always the one that’s leading, potentially the third world war with Russia?” he added. Ultimately, he reportedly concluded, NATO will need to be diminished in coming years: “We certainly can’t afford to do this anymore,” he said. “NATO is costing us a fortune, and yes, we’re protecting Europe with NATO, but we’re spending a lot of money.” Read more at The Washington Post.