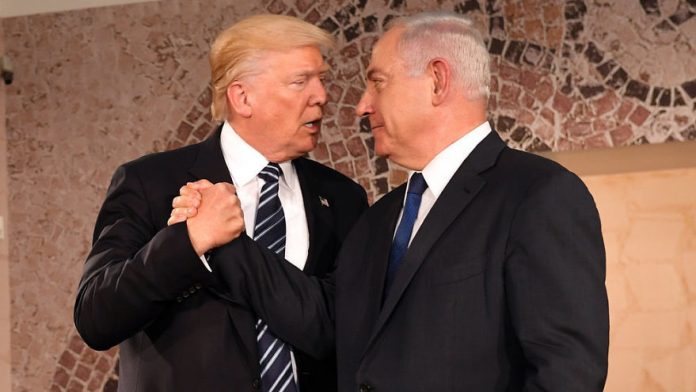 President Donald Trump on Thursday lamented Prime Minister Netanyahu’s inability to form a coalition, and praised the premier as a “great guy.”

While speaking to reporters on the White House lawn before boarding Marine One to an Air Force Academy commencement in Colorado Springs, Trump was asked to comment on the political situation in Israel, which will see the Jewish state head to elections for the second time in less than six months.

“Well, it’s too bad what happened in Israel. It looked like a total win for Netanyahu, who’s a great guy, he’s a great guy,” said the president. “And now they’re back… in the election stage. That is too bad. Because they don’t need this. I mean they’ve got enough turmoil over there, it’s a tough place.”