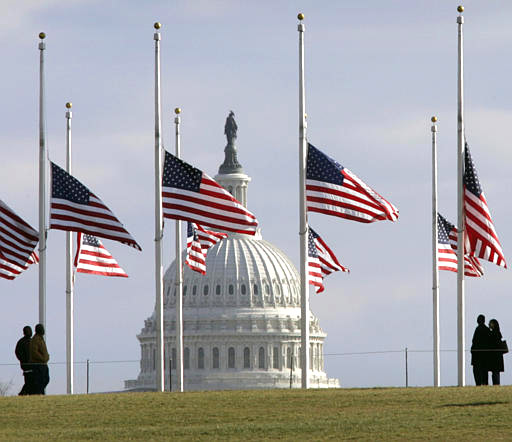 President Trum ordered American flags to be lowered to half-staff on Sunday in honor of the U.S. Capitol Police officer slain in Wednesday’s riot and another who reportedly died in the days after.

The move comes after several days of criticism for not doing so earlier.

The president called for flags at the White House, public buildings, military posts, naval stations, naval vessels and facilities abroad to fly at half-staff to pay respect to Capitol Police officer Brian Sicknick, who died due to injuries he suffered when a pro-Trump mob breached the Capitol.

Trump’s statement also mentioned Howard Liebengood, a Capitol Police officer who The Washington Post reported died while off duty over the weekend after being on the scene of the riots.

Trump announced the flags would remain at half-staff until sunset Wednesday “as a sign of respect for the service and sacrifice” of Sicknick, Liebengood and “all Capitol Police Officers, and law enforcement across this great Nation.”