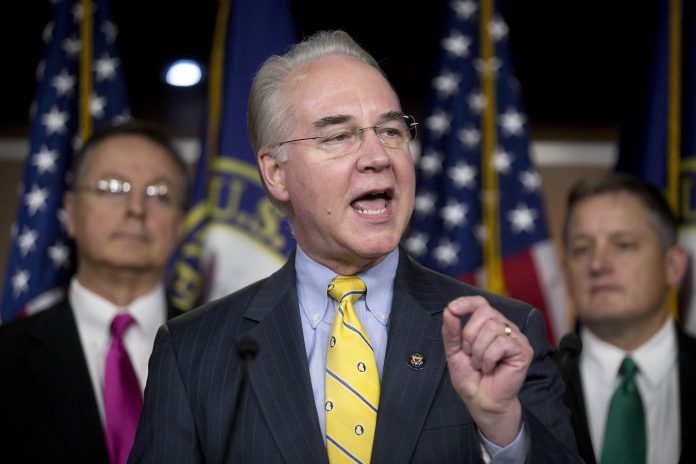 President-elect Donald Trump has chosen Rep. Tom Price, R-Ga., a fierce critic of the Affordable Care Act and a proponent of overhauling the nation’s entitlement programs, to lead the department of Health and Human Services, a person briefed on the decision confirmed Monday night.

An announcement of Trump’s selection of Price, a third-generation doctor who chairs the House Budget Committee and became a fervent champion of Trump’s candidacy, is expected to be made as early as Tuesday.

As HHS secretary, Price would be the incoming administration’s point person for dismantling the sprawling 2010 health-care law, which candidate Trump promised to start dismantling on his first day in the Oval Office. The 62-year-old lawmaker, who represents a wealthy suburban Atlanta district, has played a leading role in the Republican opposition to the law and has helped draft several comprehensive bills to replace it. The GOP-led House has voted five dozen times to eliminate all or part of the ACA but has never had a chance of accomplishing its goal as long as President Barack Obama has been in the White House.

As many Republicans, including House Speaker Paul Ryan, wavered in their attitudes towards Trump during his campaign, Price was a devoted foot soldier. In May, he organized a joint statement by nine GOP House committee chairs, pledging loyalty to Trump and calling on “all Americans to support him.”

The House Republicans have had a far more detailed plan than Trump for reconfiguring the nation’s health care system along conservative lines. Earlier this year, Price suggested that a Trump presidency would advance the House GOP health care agenda. “When I talk to people who work closely with Trump, what they tell me is that behind closed doors he’s one of the best listeners they’ve ever worked for or with in their life,” Price said in an interview in the spring. “Which is kind of counterintuitive given what some of his public persona is.”

During the campaign, Trump railed against the Affordable Care Act and vowed to repeal and replace it. He has even said he would summon Congress into a special session to do so. Since his election, he has been less explicit about his intended timing.

Price is a six-term member of the House and became the Budget Committee’s chair in 2015. He previously was a member of the Georgia state Senate and, when Republicans took control of that chamber, became its majority leader. Before entering politics, he was an orthopedic surgeon and taught at the Emory School of Medicine. He is a native of Michigan.

Price has not had executive experience or run an agency. HHS is a sprawling department with a $1 trillion budget. Its programs affect the lives of more than 100 million Americans young and old. It oversees Medicare for seniors and disabled Americans, Medicaid for low-income Americans and the Children’s Health Insurance Program. It regulates the nation’s food and drugs, and it includes public health programs that reach into every state and around the globe. It is an engine of biomedical research through the National Institutes of Health.

In choosing Price to fill a key Cabinet position, Trump will add to his team a staunchly conservative lawmaker close to the House Speaker. Price already is familiar with the budgetary process, the federal bureaucracy and the costs and mechanics both of changing the Affordable Care Act as well as revamping the Medicare entitlement program.

Word of his selection prompted little immediate reaction, but former House Speaker Newt Gingrich tweeted: “Congressman Tom Price will be a great Secretary of Health and Human Services. He is the right leader to help Congress replace Obamacare.”