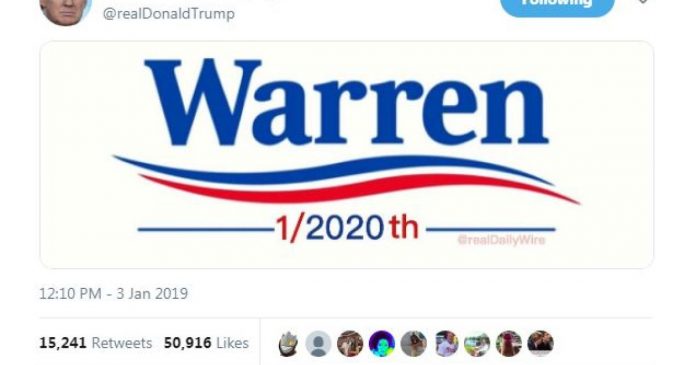 Trump often taunted Warren for her claims and pressured her to take a DNA test and share the results. The president would call the senator “Pocahontas” and said that he had more American Indian blood than she did.

Sen. Elizabeth Warren, D-Mass., released the results of a DNA test in October that revealed she could be as little as 1/1024th Native American.