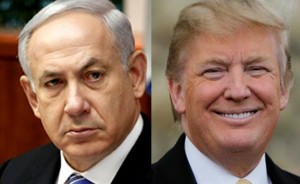 Donald Trump announced today Thursday that he is postponing his upcoming trip to Israel. This announcement came after Trump caused a political firestorm when he said that a ban preventing Muslims from entering the United States needs to be put in place.

“I have decided to postpone my trip to Israel and to schedule my meeting with Netanyahu at a later date after I become President of the U.S.,” announced Trump on his official Twitter page.

At the end of the month, Trump was scheduled to visit Israel and according to reports, a meeting was planned between him and Netanyahu. Yesterday, almost a third of the Knesset members signed a letter demanding that Netanyahu cancel the meeting. When Trump was asked about the planned meeting in an interview with CNN, he denied that a meeting with Netanyahu was scheduled.

Yesterday, Netanyahu clarified that he disagrees with Trump’s remarks about Muslims. An official message from Netanyahu’s office stated: “The State of Israel respects all religions and closely protects all the rights of the citizens of Israel. At the same time, Israel is battling the Islamic extremists who attack Muslims, Christians and Jews alike and threaten the whole world.”