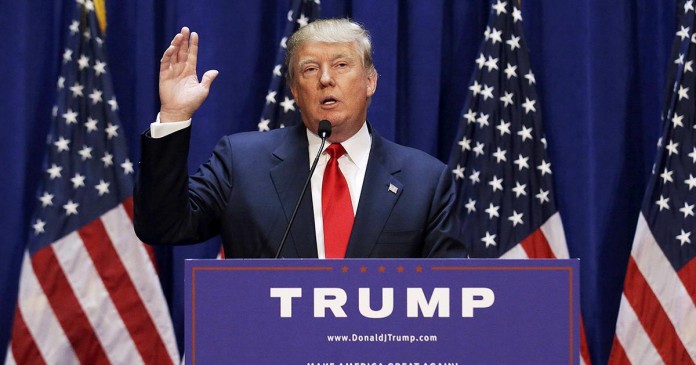 Donald Trump returned to one of his favorite subjects, the Canadian birth of Sen. Ted Cruz, R-Tex., at a Sunday afternoon rally inside the city’s largest sports arena. His cue came from the senator’s wife, Heidi, who tripped over a word at a GOP presidential campaign rally and appeared to say that her husband was an immigrant.

The line got laughs, and Trump seemed to find voters in the crowd who knew what he was talking about. On Saturday, while covering Heidi Cruz’s campaign stops around Indiana, Washington Examiner reporter Byron York heard a hiccup in her patter about her husband’s appeal.

The Cruz campaign quickly clarified that Heidi Cruz meant to say that her husband’s father is an immigrant, a point Ted Cruz often makes when asked how he can win Latino votes. But Trump preferred the uncorrected version.

“She was maybe trying to put a Latin turn on it,” Trump said. “He was born in Canada, folks!”