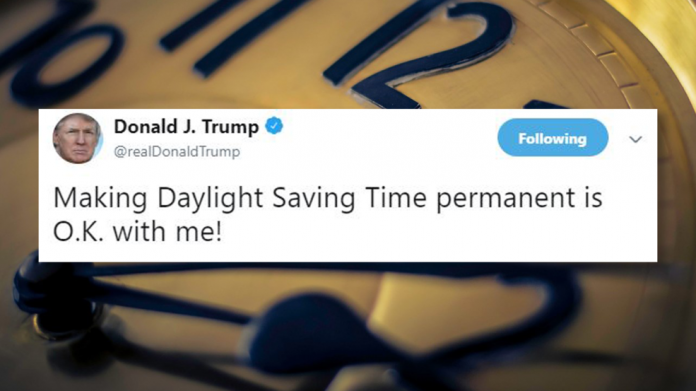 President Trump is giving the nod to legislation that would make daylight saving time permanent, providing a boost to lawmakers who have pushed to make evening sunlight a year-round phenomenon.

“The time to stop changing our clocks twice a year is now,” Rubio said in a statement to The Hill. “This legislation is a non-partisan issue, however, it has bipartisan support, and I thank President Trump for offering his support as well.”

Trump tweeted about the topic on Monday, the day after clocks moved forward, saying that “making Daylight Saving Time permanent is O.K. with me!”

“I am hopeful that the rest of my colleagues will see the daylight and get behind the Sunshine Protection Act,” Rubio added.