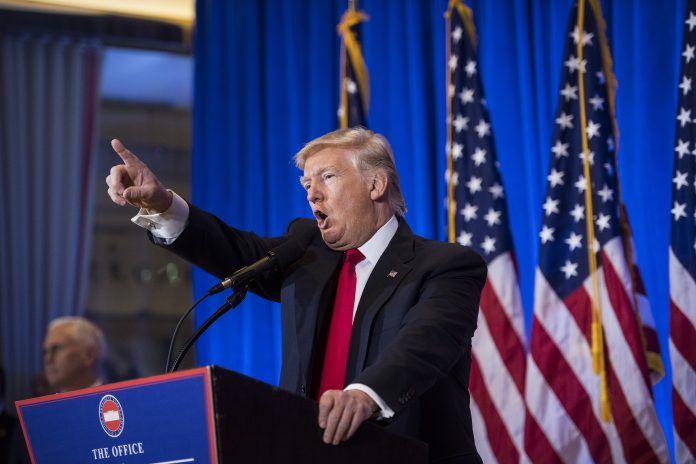 >>Follow Matzav On Whatsapp!<<
President Donald Trump’s rant about immigration continued this morning, when he claimed the U.S. is “being stolen” because “weak” border laws are preventing authorities from stopping people entering the country from Mexico, the Daily Beast reports.
A series of Mexican migrant protest “caravans” are heading toward the U.S., which prompted the anger of the president Sunday, and now Trump has upped his rhetoric against the would-be immigrants. Trump tweeted: “Mexico has the absolute power not to let these large ‘Caravans’ of people enter their country. They must stop them at their Northern Border, which they can do because their border laws work, not allow them to pass through into our country, which has no effective border laws. Congress must immediately pass Border Legislation, use Nuclear Option if necessary, to stop the massive inflow of Drugs and People. Border Patrol Agents (and ICE) are GREAT, but the weak Dem laws don’t allow them to do their job. Act now Congress, our country is being stolen!”
Trump later added: “DACA is dead because the Democrats didn’t care or act, and now everyone wants to get onto the DACA bandwagon… No longer works. Must build Wall and secure our borders with proper Border legislation. Democrats want No Borders, hence drugs and crime!”
{Matzav.com}